The content below reflects the lessons that we would have delivered in the spring term.

We have also included the resources and activities from Amnesty International that we would have used in lessons.

The 3 objectives for Year 3 are:

Human Rights - How laws protect people of the world

We Are All Born Free - Amnesty International Lesson 1

Millions of people lost their lives during the two World Wars of the 20th century and millions more were driven from their homes. The leaders of the world got together and set up a new organisation called the United Nation. It aimed to help stop wars between countries and build a better world.

Its first job was to draw up a list of human rights that below to everyone in the world. They called this list the Universal Declaration of Human Rights. They are protected rights.

Everybody - We are All Born Free video: https://www.youtube.com/watch?v=x9_IvXFEyJo

The below powerpoint shows all 13 of the 30 articles (points) of the Universal Declaration of Human Rights.

The Universal Declaration of Human Rights were put together in 1948, after the Second World War.

Have a look at the picture below: 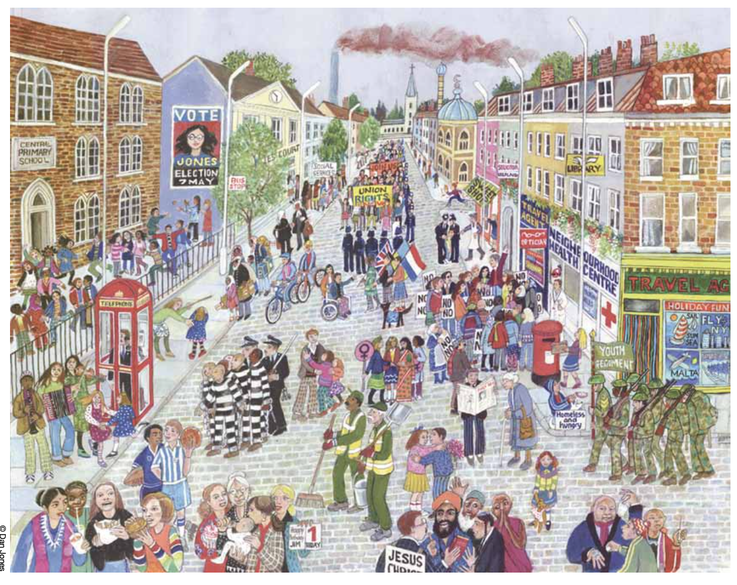 This is a scene of everyday life. Everyday people enjoying and using their human rights. Some people in the picture are having their rights denied.

Now look at the Universal Declaration of Human Rights