PUPILS BRING THEIR PARENTS TO SCHOOL FOR OUR YEAR GROUP WORKSHOPS

This week's highlight is definitely Wesley:  The Boy Who Planted Trees (and wants you to plant them too!)

"I have found that this school is fantastic with communication and extremely helpful and understanding when children have difficulties.  They adapt learning to make it accessible for all" Holy Trinity Parent Feedback

For the last term and a half, teachers in every year group and phase have run an array of exciting and informative workshops for parents and carers to attend in the school day.  Parents and children learn together, so that the approaches used at school can be well supported at home.  Our latest workshops have included:

- Hands on maths workshops for every year group

Children love the experience of having an adult that they are close to sharing the learning with them, and we have found that it has had a positive impact on children's understanding of new concepts. 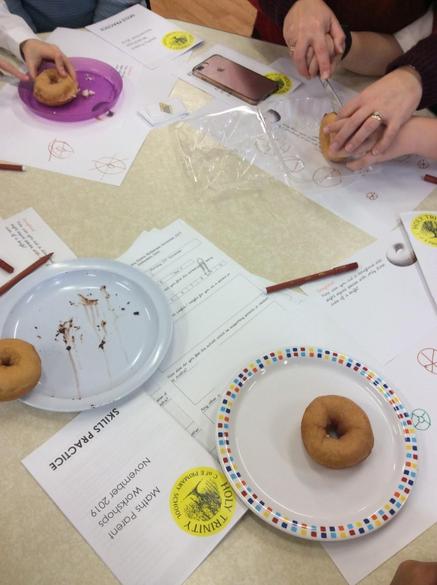 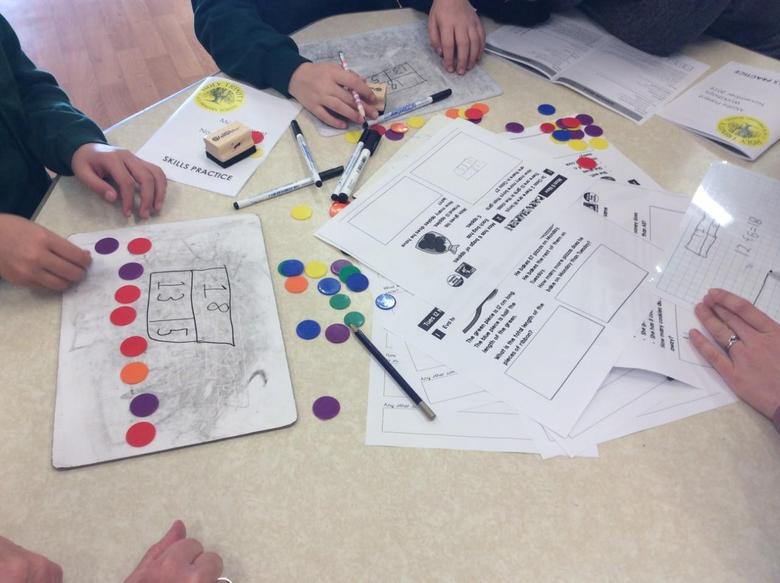 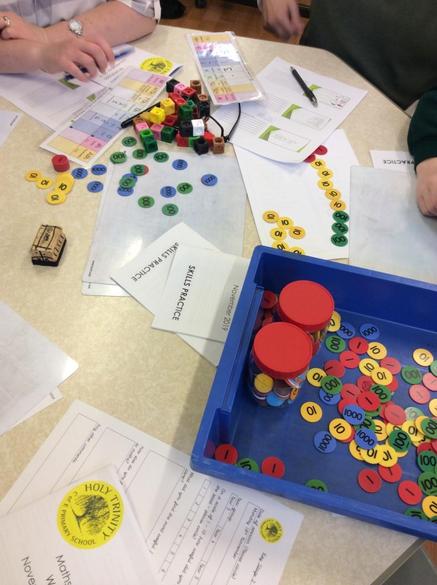 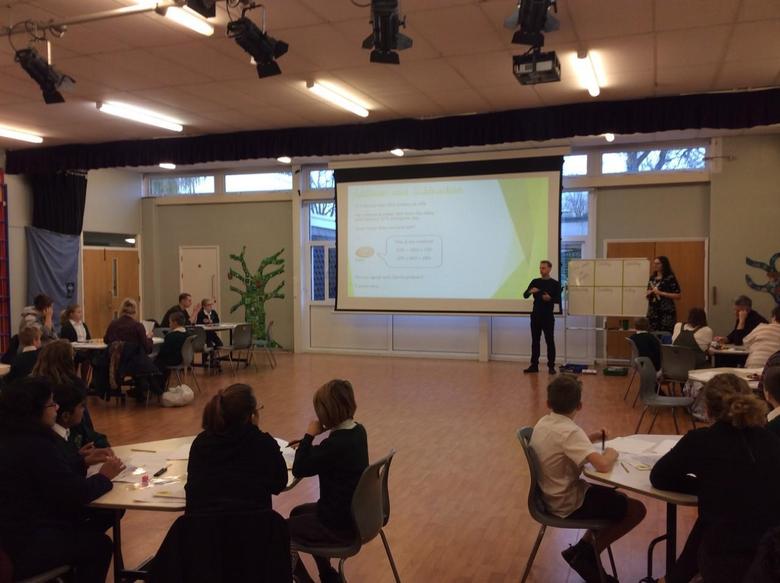 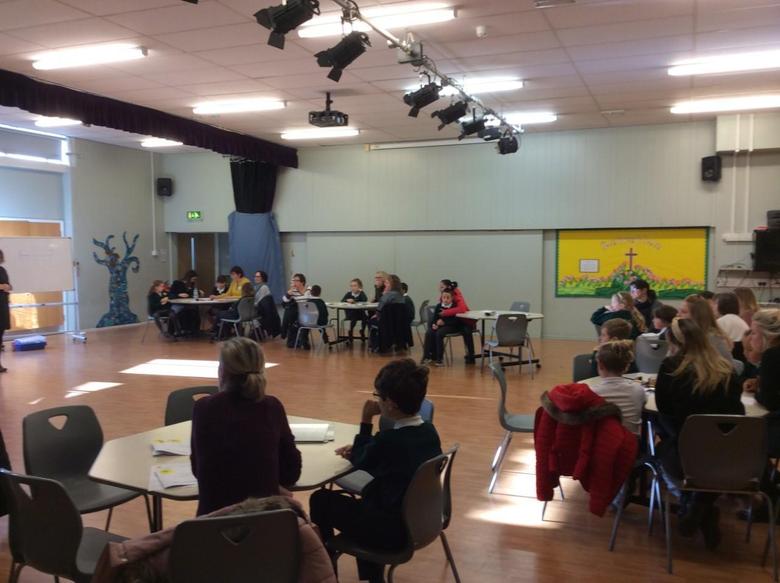 You may be aware of the lengths we go to in order to plan an irresistible curriculum for our pupils.  Every half term all the teachers meet together to share ideas, to tap into specialisms and just think really hard about the inspiration that we can bring into the classroom to make learning come to life.

This time, following a workshop with our school MPs about ways in which they prefer to learn, some of the children were able to give up their time to come and visit us on our inset day.  They thought carefully about questions that they would like to ask the teachers about what they had planned, and were ready to feed back the things they had particularly enjoyed.

Several teachers rethought some of their planning as a result of some of the things the children had mentioned.  For example, in one year group the teachers liked the fact that the children wanted to the opportunity to do collaborative artwork as well as individual pieces.  Another class decided to do some more pottery after reports that the children had got so much out of this kind of work before.  Teachers were also fascinated by the idea that some children really enjoy learning that combines a number of subjects together in one lesson.

We are genuinely excited about the next few weeks and what are wonderful pupils will be producing.  More to come...

On Monday 9th September, Holy Trinity Primary School Parliament will sit for the first time, with a new name and a new mission.  To kick off the year, the children and staff will discuss and decide what kind of parliament they would like to run, and how they would like to sit.  In other words, they are going to design the set up of their own parliament.  This will be decided after they have studied the way that different parliaments sit in Britain, for example the Welsh assembly and the House of Commons have very different layouts, that have an influence on the style of debate.  They will also discuss the different roles and responsiblities that ministers will hold.  Who will be Minister for Education?  Who will become Minister for Culture?  It all has to be decided.  Watch this space!

NATIONAL MEDIA REPORTS ON OUR LETTERS FROM ROYALTY

As part of their project on castles, Dolphins class had completed research on royalty and wanted to interact a little with the latest addition to the royal family, Meghan Markle.  Every child in the class wrote a letter to Meghan and Harry congratulating them on their wedding and also their impending new arrival.

Imagine their surprise when every single child in the class received an individual letter, thanking them for their congratulations.

"We were really touched and excited when we received the individual letters.  I even got one myself.  It was so thoughtful that they went to the effort of contacting every single pupil."

However, Mrs Davis was not necessarily prepared for the story being shared so widely.  As well as the local newspapers, Hello Magazine and Harpers Bazaar had got hold of the story.  Look out for a Willows mention! 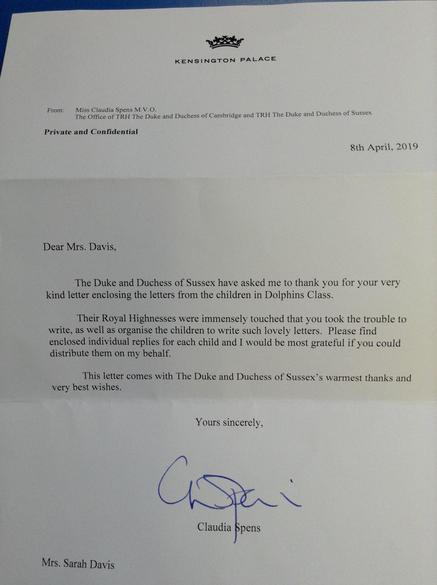 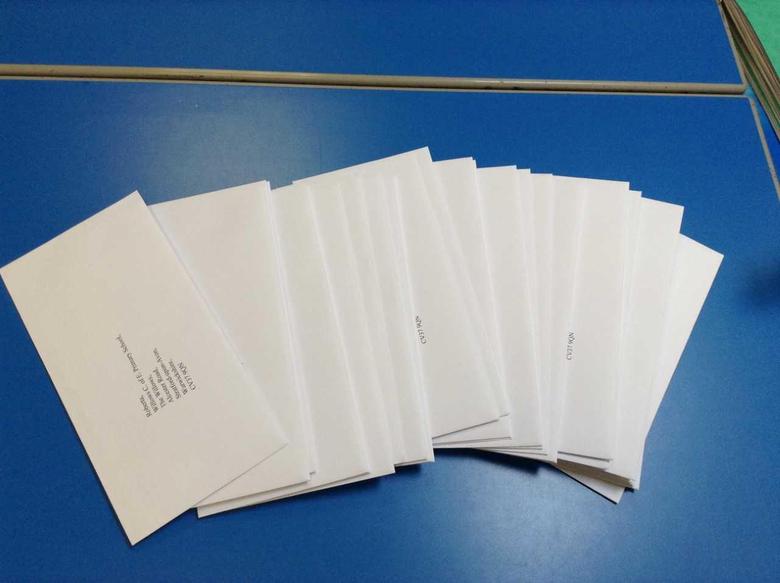 PAST NEWS:  CULINARY SKILLS FOR LIFE.  WE LINK WITH ROYAL ACADEMY OF CULINARY ARTS AND CROWNE PLAZA STRATFORD U AVON

Learning from the experts 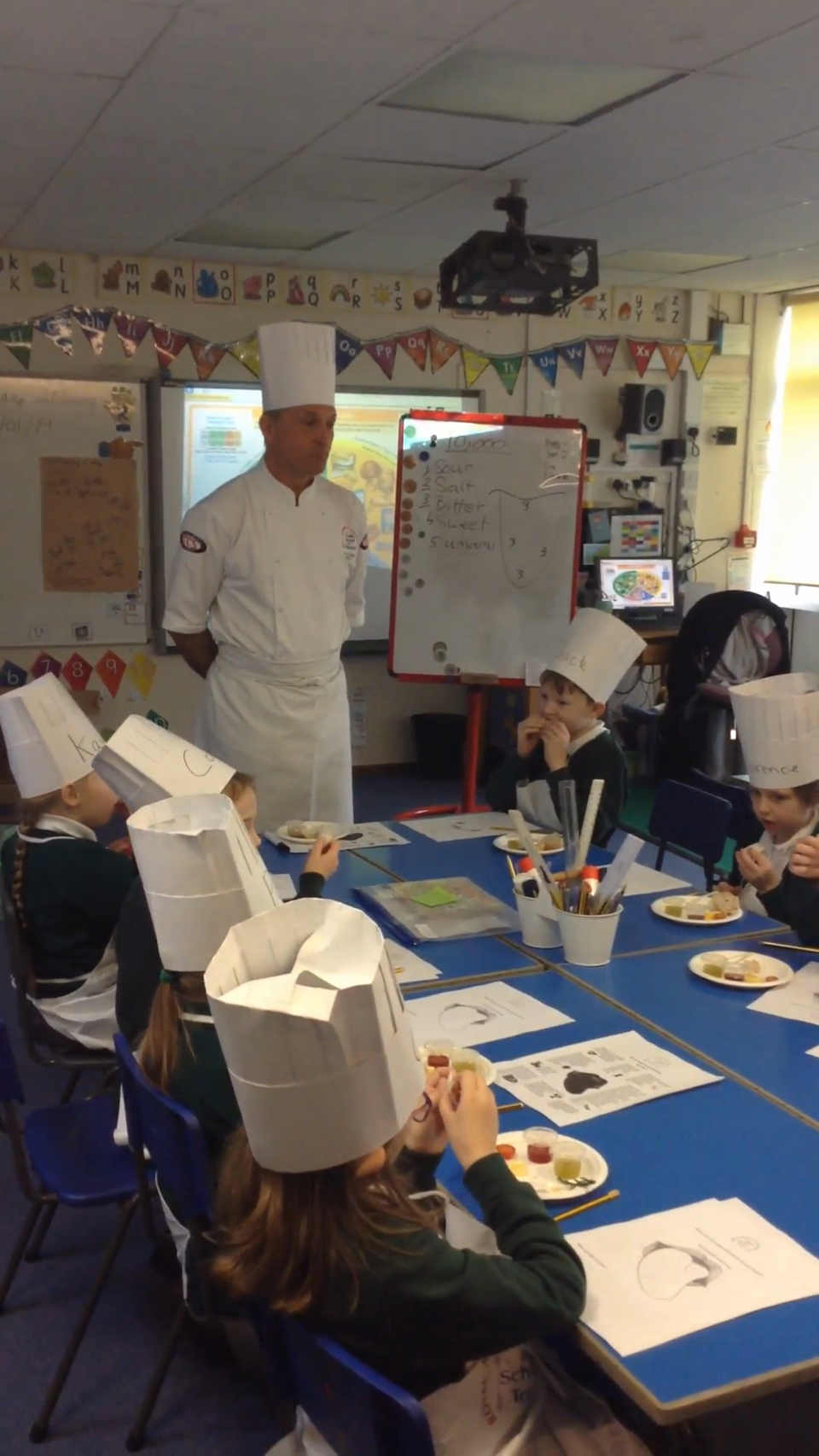 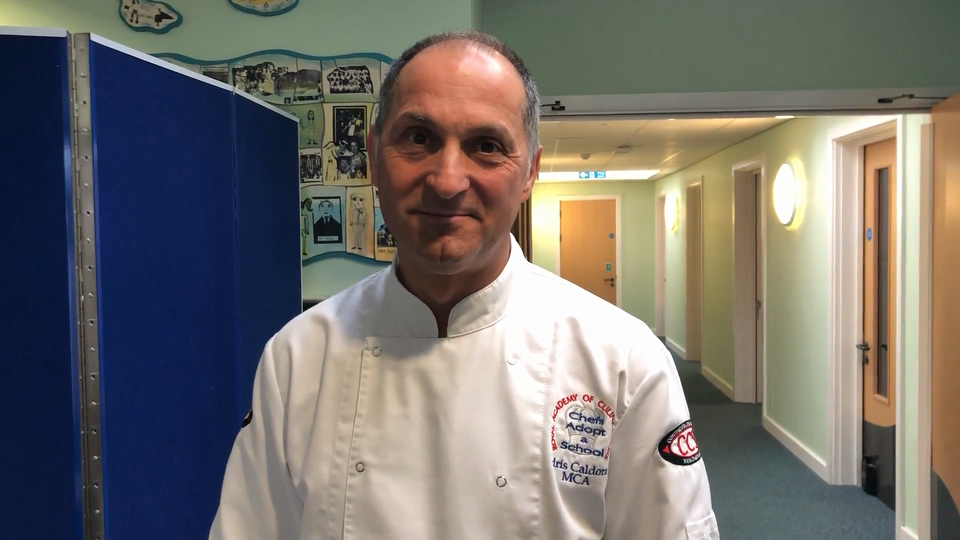 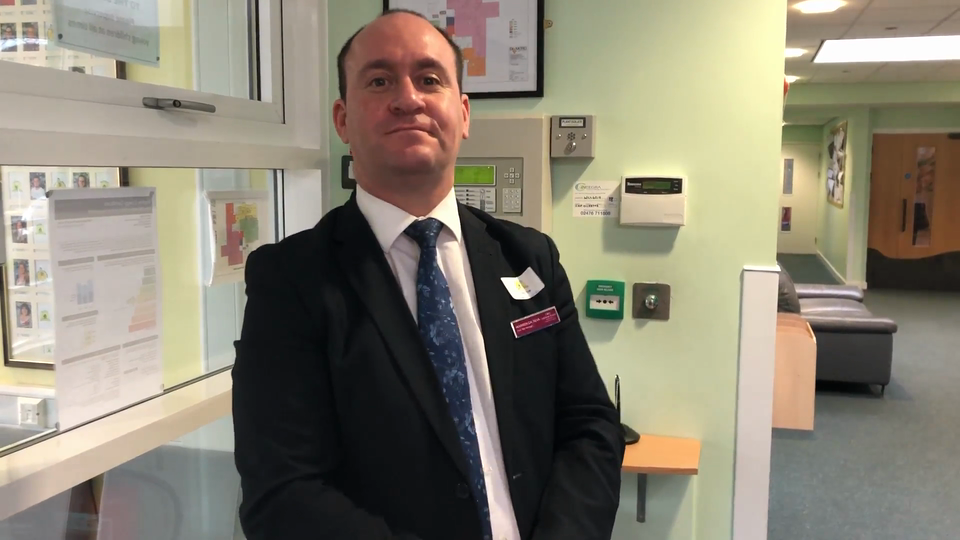 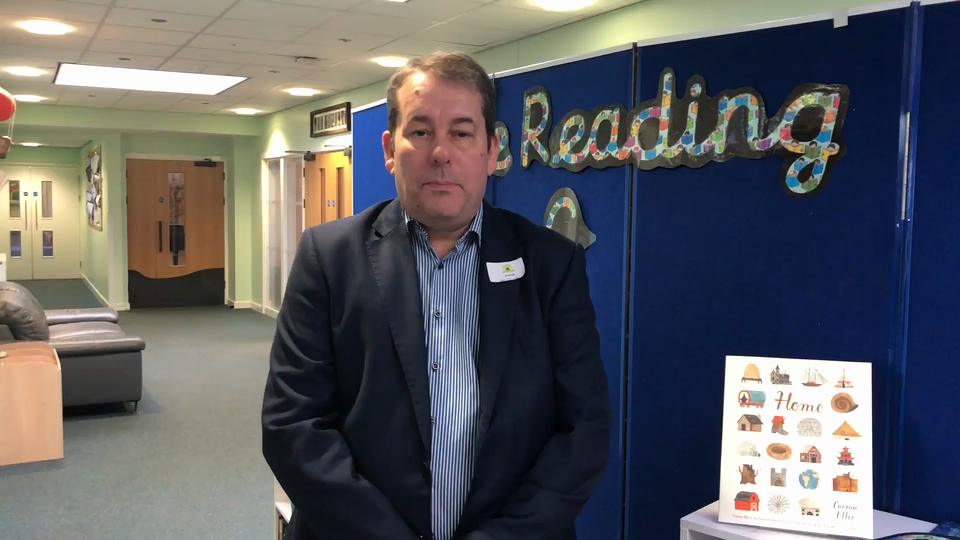 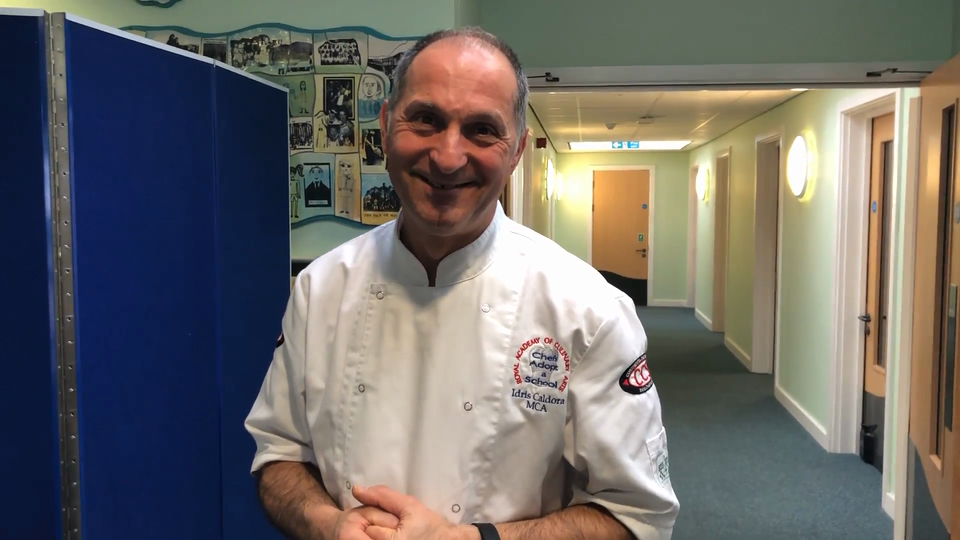